Missing Your Goal? Change Your Aim!

Goal Setting / Your Mental Wellbeing / Your Work Life and Career

Missing your goal? Change your Aim

A couple of months ago I had a call from a prospective new client.

He told me that despite his best efforts and intentions his life seemed stuck.

It wasn’t that he was in a particularly bad place, quite the opposite.

Most people would look in from the outside and see a very successful businessman.

It was clear, however that he was very frustrated with something in his life. 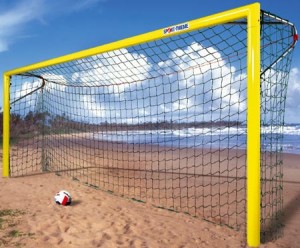 I invited him over for what I call a “coffee and a chat” session, it’s an opportunity for me to find out more about someone’s situation and whether I can help as well as for them to see if I’m the right person to work with them.

As we spoke and I asked questions, it became more and more apparent how hard he had been trying to solve his issue himself.

He had studied self development and read many “self help” and “personal development” books.

In fact, he was probably the most well read person I’d met outside the profession.

He told me how he had a specific “big dream goal”.

He said that he had spent time refining his goal, making it “S.M.A.R.T.” (Specific, Measureable, Achievable, Realistic and Time Bound) just as the books had told him.

He had visualised himself having achieved the goal in great detail – just as the books had told him.

However, he hadn’t been able to progress at all towards his goal.

As I questioned and probed, I checked that the goal was still valid for him.

Sometimes without noticing, we lose the desire for something we think we want.

The goal was still valid and very attractive to him.

The breakthrough came when we talked about his visualisation.

He had followed the books to the letter, imagined himself in the future having achieved his goal.

However, that’s where the books are lacking.

I asked how he visualised each action step on the way to his goal; he looked at me blankly and asked what I meant.

He was so focussed on the end goal that he hadn’t considered what steps he needed to get there, no wonder he was stuck.

He was aiming too far ahead.

We spent a couple of sessions refining his aim, looking at action steps and eliminating barriers.

I wrote this tip today as he called me earlier.

Since his last session 6 weeks ago, he has achieved his goal and is busy visualising the steps to the next one.