I’ve a Phobia, Get Me Out of Here

One of the big televisual talking points of the last few weeks (apart from Ann Widdecombe and Wagner’s exploits on the other Reality TV shows) has been Gillian McKeith’s stint in the jungle for “I’m a Celebrity Get Me Out of Here”.

Comments have been flying because of Gillian’s apparent phobias and behaviours during the show.

People are asking why, if she has so many phobias, did she agree to go onto the show in the first place.

As well as questioning whether her reactions and fainting are real or a show for the camera.

Now, I’m not sure whether this is a confession or a boast but I haven’t actually seen much of any of the 3 shows mentioned so I can’t comment on whether Gillian’s phobias appear genuine or not.

However, if you suffer from a phobia yourself, you’ll understand just how horrendous that can be.

People with full blown phobias understand that most phobias are irrational but don’t know how to rid themselves of the condition.

Here are a couple of ways that you could tackle your phobias with or without help from someone else.

This is where you can do something yourself to conquer your phobia.

Make a list of all situations that surround your phobia that cause you discomfort, and then rank them in order of levels of anxiety caused.

For instance if your phobia involves small 8 legged creatures; having a big hairy one walk on your hand is probably a non starter.

However, saying the word to yourself or looking at a cobweb from a distance may be ok.

Once you’ve conquered your least fear move on to the next one and so on.

Hypnosis or Hypnotherapy has shown to give great relief to phobia sufferers and allow people to live their lives free of previous fears.

It works because the phobia is usually an irrational fear held deep in the subconscious mind.

That part of the mind is there to protect us, but in the case of a phobia overprotects and starts to ruin peoples’ lives.

Hypnosis deals with that part of the mind to re-programme the thought patterns and release the irrational fear.

Whatever your phobia and whichever method you choose, enjoy living life phobia free! 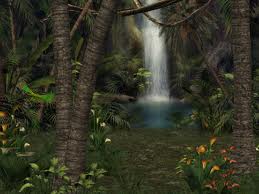