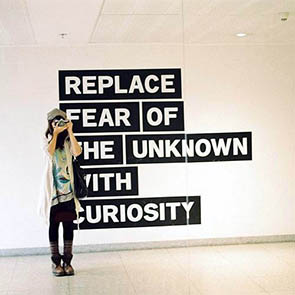 How do we replace fear with Curiosity?

We all have fears, some more life limiting than others; some essential, some not.

The story made me stop, sit and think for a good hour or so about my life so far. Here it is;

In 1911, for reasons no one has ever been able to ascertain, a man appeared, naked and alone, in the foothills of Mt. Lassen in Northern California.

With the help of two anthropologists from Berkely, it was learned that he was the last remaining member of a once strong tribe of Native American Indians known as the Yana.

Although accepting the friendship of the Westerners who took him in and gave him a home at the local University, he would never share his real name, and he became known as “Ishi”, which translated simply as “man”.

Having never before lived in what his benefactors called “civilization”; he was continually being introduced to things he had never before experienced.

On his first visit to San Francisco, Ishi was taken to the Oroville train station.

When the train approached, he walked quietly away from his travelling companions and hid behind a pillar.

When they beckoned for him to join them, he strode forward and boarded the train.

Back at the University, he was asked about his strange behaviour at the train station.

Ishi told him that when he was growing up, he and the members of his tribe would see the train pass through the valley.

Watching it snaking along and bellowing smoke and fire, they thought it was a demon that ate people.

Amazed, Kroeber asked “How did you find the courage to get on the train if you thought it was a demon?”

Ishi replied, “My life has taught me to be more curious than afraid.” 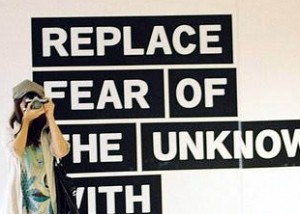 It hit me that we can all sometimes be afraid of trying new things.

Usually fear gets in the way, even if we don’t consciously know what that fear is (it’s not normally a people eating demon, but can sometimes feel that way!).

It could be fear of failure, looking silly or not being very good at something.

What would happen if we swapped that fear for curiosity? What if I succeeded? What if I looked good? What if I am actually good at it?

Pick one thing that you’ve been putting off trying, grab a big bag of curiosity and see what happens!